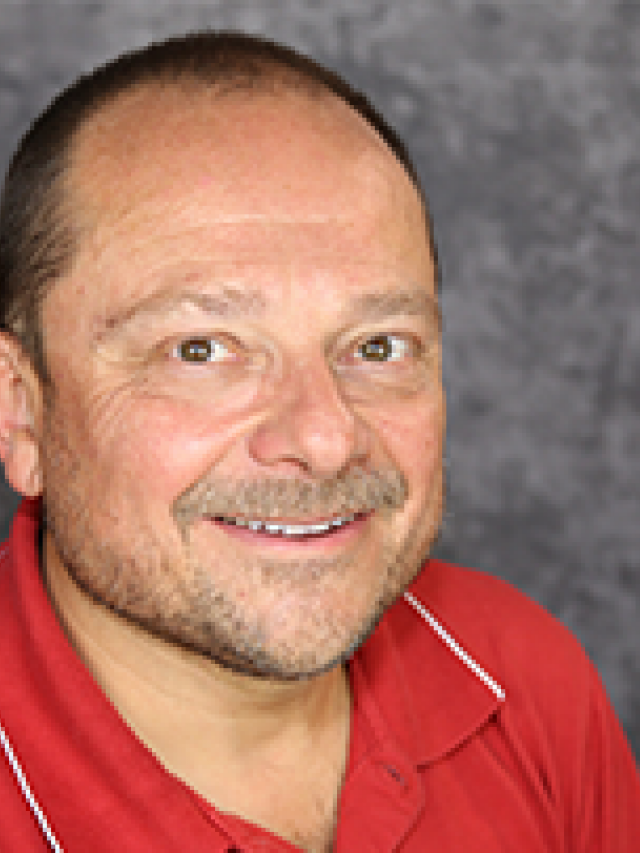 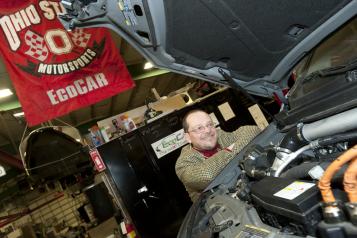 Giorgio Rizzoni, the Ford Motor Company Chair in ElectroMechanical Systems, is a Professor of Mechanical and Aerospace Engineering and of Electrical and Computer Engineering at The Ohio State University (OSU). He received his B.S. (ECE) in 1980, his M.S. (ECE) in 1982, his Ph.D. (ECE) in 1986, all from the University of Michigan. Since 1999 he has been the director of the Ohio State University Center for Automotive Research (CAR), an interdisciplinary university research center in the OSU College of Engineering.  His research activities are related to modeling, control and diagnosis of advanced propulsion systems, vehicle fault diagnosis and prognosis, electrified powertrains and energy storage systems, vehicle safety and intelligence, and sustainable mobility. He has contributed to the development of graduate curricula in these areas, and has served as the director of three U.S. Department of Energy Graduate Automotive Technology Education Centers of Excellence: Hybrid Drivetrains and Control Systems (1998-2004), Advanced Propulsion Systems (2005-2011, and Energy Efficient Vehicles for Sustainable Mobility (2011-2016). Between 2011 and 2016 he served as the OSU Site Director for the U.S. Department of Energy China-USA Clean Energy Research Center - Clean Vehicles. He is currently leading an ARPA-E project in the NEXTCAR program.  During his career at Ohio State, Prof. Rizzoni has directed externally sponsored research projects funded by major government agencies and by the automotive industry in approximately equal proportion.  Prof. Rizzoni is a Fellow of SAE (2005), a Fellow of IEEE (2004), a recipient of the 1991 National Science Foundation Presidential Young Investigator Award, and of many other technical and teaching awards. 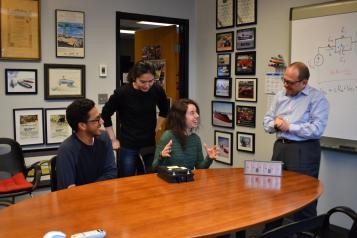 CAR is an interdisciplinary research center in the OSU College of Engineering founded in 1991 and located in a 60,000 ft2 building complex on the west campus of OSU.  CAR conducts interdisciplinary research in collaboration with the OSU colleges of Engineering, Medicine, Business, and Arts and Sciences, and with industry and government partners.  CAR research aims to: develop efficient vehicle propulsion and energy storage systems; develop new sustainable mobility concepts; reduce the impact of vehicles on the environment; improve vehicle safety and reduce occupant and pedestrian injuries; increase vehicle autonomy and intelligence; and create quieter and more comfortable automobiles. A team of 45 administrative and research staff supports some 50 faculty, 120 graduate and 300 undergraduate students, and maintains and makes use of advanced experimental facilities.  Dr. Rizzoni has led CAR for over a decade, growing its annual research expenditures from $1M per year to over $14M today, and engaging CAR in a broad range of technology commercialization activities, start-up company incubation and spin-out as well as providing a broad range of engineering services to the automotive industry. CAR is also the home of the OSU Motorsport program, which supports the activities of 7 student vehicle competition programs: the Buckeye Bullet (holder of all current electric vehicle land speed records), EcoCAR hybrid-electric vehicle team, FSAE, Baja SAE, Buckeye Electric Motorcycle Racing Team, Supermileage SAE, and Underwater Robotics Team.

CAR in a Nutshell

Rizzoni’s research interest are founded in the discipline of dynamic systems and control.  He has published more than 500 journal and refereed conference papers, several books, and has advised over 40 PhD students and over 100 MS students in Mechanical and Electrical Engineering.  He is the recipient of many professional awards and recognitions, including: the Stanley Harrison Award for Excellence in Engineering Education and the Clara M. and Peter L. Scott Faculty Award for Excellence in Engineering Education, as well as the Lumley and Lumley Interdisciplinary Research Awards (five times) from the OSU College of Engineering).  He has also been recognized with the Distinguished Graduate Faculty Award and the Excellence in Teaching Award (three times) by the Department of Mechanical and Aerospace Engineering.  During his career at Ohio State Rizzoni has been Principal Investigator in research programs funded by government agencies and by industry totaling over $60M.

Rizzoni’s research focuses on modeling the dynamic behavior of automotive propulsion systems, including internal combustion engines, transmissions, electric drive systems, fuel cell systems, and electrochemical energy storage systems, and their control functions; of automotive chassis systems, including braking, steering and suspension systems, and related by-wire control functions; of the interactions between vehicles and infrastructure, including charging of electric vehicles,  and the interaction of automated vehicles with traffic signals and road infrastructures; and other energy and emissions control system, both mobile and stationary.

His activities have included the development of experimental methods as well as computational methods, to study problems related to design optimization and optimal energy management of ground vehicles, including passenger cars and light trucks, commercial, military and off-highway vehicles. He has recently been involved in similar research related to commercial aviation and urban air mobility.

Another field of application of Rizzoni’s dynamic systems and control expertise is on the subject of the diagnosis of complex systems.  He has addressed both fundamental aspects related to the theory of system fault diagnosis and prognosis, as well as applications related to all of the fields of application described above.  In recent years he has focused on the subject of functional safety of highly automated vehicles by developing design methods to achieve safety and security in automated vehicle functions using model- and data-based fault diagnosis methods.  Related to this subject is also his work on prognosis and state of health estimation, with special attention to electrochemical energy storage systems.

Prof. Rizzoni is widely cited on the subjects of optimal energy management of hybrid and electric vehicles, of energy storage systems, and on diagnostic methods, algorithms and applications.  His work has been funded by government agencies including NSF, DOE, DOT, the U.S. Army, NASA, ARPA-E, and by private sector companies including Ford, Chrysler, DaimlerChrysler and FCA, General Motors, Honda, Cummins, Bosch, and Delphi.