If you value diversity and promote inclusion, we encourage you to apply.

Ohio State's College of Engineering provides fertile ground for innovation and collaboration, and it shares the land-grant mission to create, transfer and preserve knowledge for the purpose of enhancing economic competitiveness regionally, nationally and globally, and by preparing professionals ready to sustain and advance society. The College of Engineering strives to create a diverse and inclusive environment where all students, staff and faculty can thrive. We understand that diversity and inclusion are essential components of excellence. We are committed to establishing a culturally and intellectually diverse environment, encouraging all members of our learning community to reach their full potential.

What are we going to do for YOU, the candidate? The Ohio State University and the College of Engineering are committed to supporting and developing faculty, as well as the work-life balance of its faculty. These resources include The Engineering Faculty Mentoring Program, the Better Research = Better Mentoring workshop, and institutional memberships in the National Center for Faculty Development & Diversity and the Center for the Integration of Research, Teaching and Learning. To learn more, visit our faculty development page.

And we have opportunities for you to support students as well! Take part in programs and initiatives that support students with diverse backgrounds, whether by serving on committees, acting as an advisor for a student organization or mentoring.

“Ohio State has a strong culture of multidisciplinary research, facilitated in part by the presence of major colleges – like engineering, medicine, dentistry, veterinary medicine, and business, among others – on the same campus, and the willingness of researchers from different backgrounds to pursue new collaborations.”
– Natalia Higuita-Castro, Assistant Professor, Departments of Biomedical Engineering and Surgery

Ohio State uses Workday, an online HR applicant tracking system. If you have questions about Workday, you can access common questions answered by Ohio State HR.

The following links will open in a new page.

While located in the urban heart of Columbus, the campus of The Ohio State University is very walkable with ample green space and an abundance of natural features. Access the official interactive campus map to explore the layout of our campus. The images below are links to a Flickr album, and will open in a new tab.

A demonstrated commitment to all

The College of Engineering strives to be a national leader in diversity, equity and inclusion. The college engages in and leads significant efforts to increase diversity among the field's future leaders through the office of Diversity, Outreach and Inclusion (DOI). The DOI office offers a variety of student-centric programming designed to increase self-efficacy and foster community among historically excluded and underrepresented students and provides resources to support our faculty and staff. All faculty are expected to participate in, support and/or lead these efforts and to contribute to the college's inclusive climate via their work in one of many ways, including teaching, service, mentoring and advising. Learn more about DOI.

Ways Ohio State is committed to you

Inclusive Excellence (IE) was developed by experts at the Association of American Colleges and Universities (AAC&U) as a way to re-imagine diversity and inclusion as the active process of making excellence inclusive and the responsibility of everyone. Learn what the College of Engineering is doing to achieve IE.

The Diversity, Outreach, and Inclusion office, in partnership with multiple Ohio State units, has created a space to support the ongoing growth and development of our faculty and staff. Learn more about what is offered.

Explore courses and trainings offered to faculty and staff.

"In the College of Engineering we are aligning the university’s shared values with our practices, and we recognize that diversity, equity and inclusion are a shared responsibility. I am thrilled to be part of this community and to play a role in the recruitment of excellent researchers who will contribute to a welcoming, inclusive, and equitable academic culture."
– Marcela Hernandez, Assistant Dean, Faculty Affairs & Recruitment

A Whole-Life Approach to Benefits 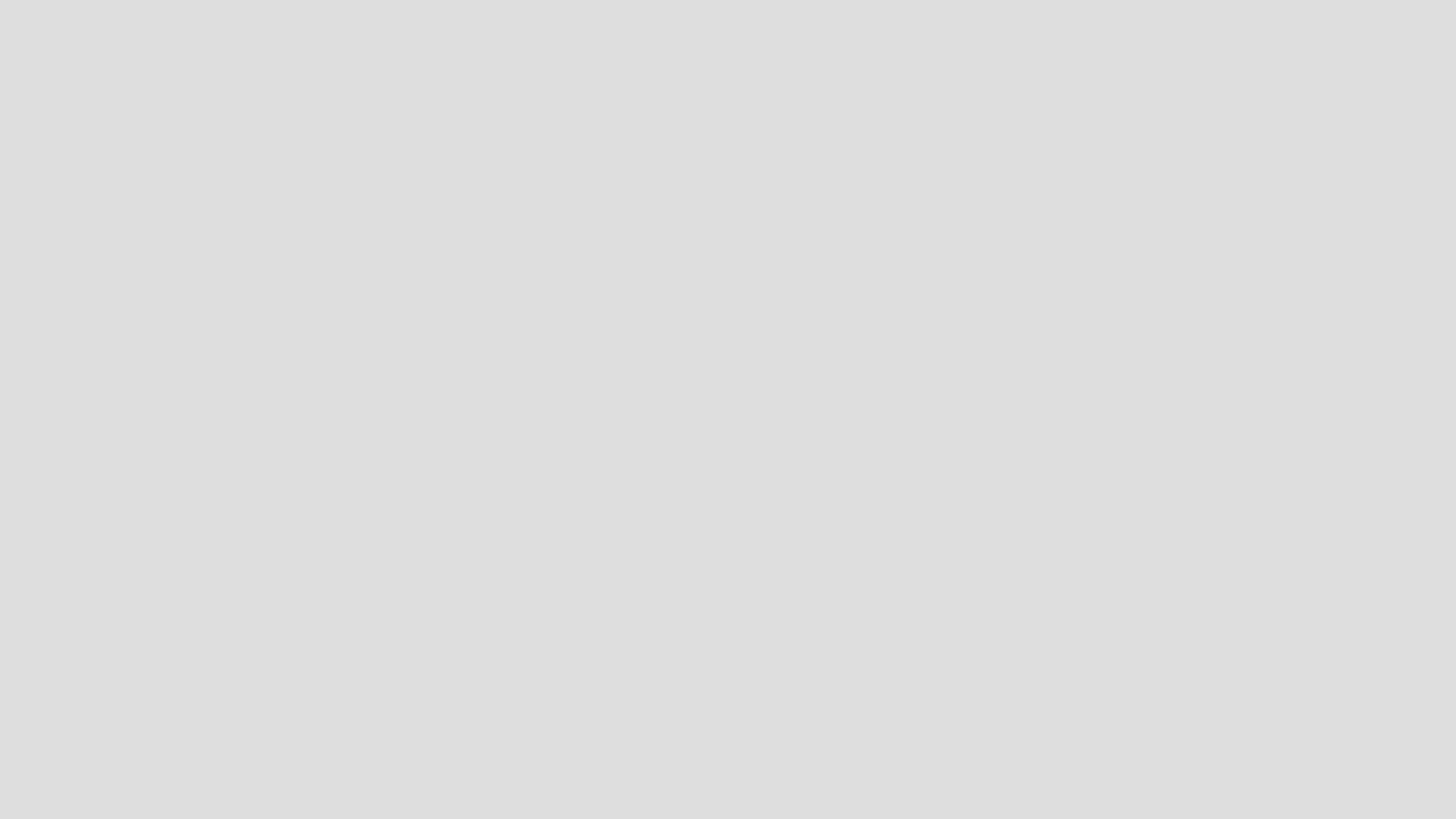 Life in Columbus: What can you find in the heart of it all?

Located in the center of this Midwestern state, Columbus, Ohio has far more to offer than most of the world realizes.

Columbus has been dubbed a Midwestern style capital by The New York Times and one of the top 10 best cities to live in by Money Magazine. A major metropolis and the 14th largest city in the U.S., Columbus is the capital of Ohio and home to more than two million in the metro area.

With an open-minded approach to life, business and ideas, Columbus has cultivated a unique environment of thriving communities, companies, institutions and entertainment. This makes it a great place to live and gives it one of the strongest economies in the nation.

Technology and research operations in Columbus are deep and diverse, spanning industries such as retail, finance and headquarter operations.

Examples range from Battelle Memorial Institute, the world’s largest non-profit contract research organization to Sarepta, the world’s leader in gene therapy to homegrown Unicorns like Root and CoverMyMeds, which are changing the face of the insurtech industry. Google, Amazon Web Services and Facebook have collectively invested billions in their data center campuses in the Columbus Region.

The city is also a great incubator for startups, thanks in no small part to fertile ground provided by Ohio State faculty and students, and the university's investment in innovation from idea to commercialization. Fortune 500 and Fortune 1000 companies that call the Columbus metro area home include Honda, Nationwide, AEP, Huntington, Abercrombie and Fitch, Scotts Miracle-Gro and Cardinal Health.

Its youthful, progressive spirit is fueled by a region with one of the largest college student populations in the nation, with nearly 60 college and university campuses.

In 2022, Intel announced plans to invest more than $20 billion in the construction of two new leading-edge chip factories in the state.

Columbus is home to the Wexner Center for the Arts and the Columbus Museum of Art, as well a diversity of home-grown artistic companies and galleries. The Short North Arts District hosts the popular Gallery Hop and HighBall Halloween events.

Feeling outdoorsy? The city's expansive system of metro parks offer oases of nature around the city. More than 200 miles of Greenways trails (the Olentangy Trail, part of the Ohio to Erie trail, runs right through campus) connect suburbs and river trails to downtown's riverfront park system. It's easy to explore the city via rentable bikes and scooters or using your COTA bus pass (students ride free).

Spectator sports fans head to the Arena District downtown for the NHL Columbus Blue Jackets and Columbus Clippers AAA baseball. The Columbus Crew SC plays to passionate fans in their brand-new soccer-specific stadium. And, of course, our own Ohio State Buckeyes engage in a wide range of athletic pursuits.

Independent rankings have cited Columbus for having the #1 zoo (Columbus Zoo and Aquarium), the #1 public library (Columbus Metropolitan Library) and the #1 science center (COSI).

Looking for a place to stay in Columbus? Whether you prefer one of the city’s 4,000+ downtown hotel rooms in the heart of the action, or a suburban property, you've got options. Experience Columbus has provided a downloadable map of downtown hotels.

Experts from all over the country are discovering the delicious surprise that is the Columbus food scene. To get started, sign up for a tour via Columbus Food Adventures or nosh at a delicious array of food trucks.

If you love coffee, you're going to love Columbus. The Columbus Coffee Trail will help you find your artful latte, Kyoto-style cold brew or Ethiopian pour-over. The Columbus Ale Trail is a fine introduction to the capital city's 50+ (and growing) breweries.

Once you start exploring the neighborhoods of Columbus, you’ll discover unforgettable identities and cultures for each one. The tie that binds them together is that they all warmly welcome visitors and new residents! There’s a place for everyone within a Columbus community, no matter your preferred daily pace or your lifestyle.

If you're interested in the history of our neighborhoods, you're invited to watch Columbus Neighborhoods, a docuseries produced by Ohio State's very own PBS station.

You likely have some additional questions, and we're happy to answer them. Below are three common questions that are asked of us, followed by a link to a FAQ page with even more information. Not finding what you're looking for? Please feel welcome to reach out.

Application materials are reviewed by the search committee. If you are selected for an interview, you will be contacted by phone or email.

The College of Engineering Racial Equity and Inclusion Action Plan describes the current focus areas and the actions taken to date.

Each department has different hiring needs so the length of the hiring process will vary depending on the position. Generally, faculty positions are advertised in August, with the interview process starting in late fall and concluding by April 30.

If you have additional questions, please see our full FAQ page which answers over a dozen of our most common questions.