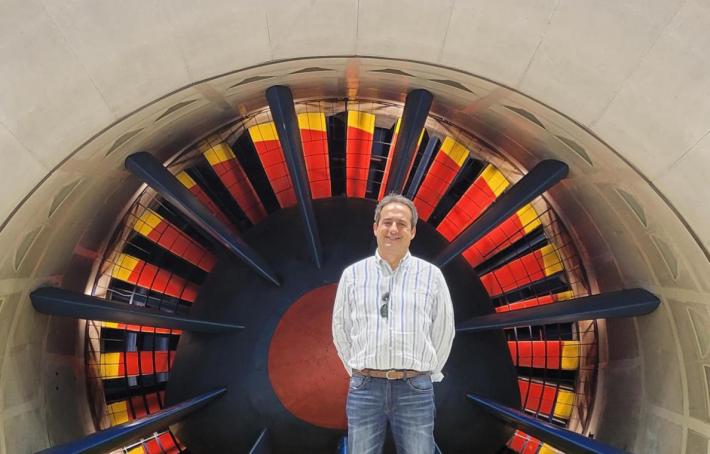 Antonello Bianco, a renowned wind tunnel specialist and senior researcher at The Ohio State University’s Center for Automotive Research (CAR), is helping Honda to build their first full-scale wind tunnel in the United States.  Bianco’s 35 years of experience will help make this new wind tunnel a pinnacle of automotive testing for Honda.

Wind tunnels are, as the name implies, tunnels with strong winds moving through them. They’re used to measure how that fast-moving wind will interact with objects inside them, allowing for the simulation of how high-speed objects, like cars, will interact with the air around them when they’re moving. The study of this movement of air around objects and the forces acting on them is known as aerodynamics.

“This one tunnel has the capabilities of many different types of wind tunnels that Honda has utilized from around the world,” Kline said.

When the team from Honda was first researching the wind tunnel, Kline said, they visited Pininfarina, an Italian car design firm, which is where the Honda team met Antonello.

“Antonello’s mastery of the technical knowledge blended with practical experience is beyond comparison,” Kline said.

Bianco is widely renowned for his work with wind tunnels, having co-authored many papers on the subject and invented several devices for measuring aerodynamics and acoustics in wind tunnels.  What’s more, he did all this while being mostly self-taught!

After graduating high school in 1983, Bianco’s love of math inspired him to study at university, but university was expensive in Italy and the job offers Bianco received motivated him to drop out after a couple of years to start working.

Bianco first started working at Pininfarina in 1985 writing software for wind tunnel aerodynamics. There the wind tunnel director, who was also a university professor, took a shine to him and gave him lessons on aerodynamics during lunch breaks and after work.

“So I made a sort of ‘university’ without going to university but with the unique possibility to try directly in a wind tunnel what I was learning,” Bianco said.

Between these lessons and his own self-study, Bianco learned enough that in 1986, he won a prize for developing the first probe in the world to measure the direct and reverse flow of air around a car. He also developed a device still unique in the world for controlling turbulence around a car.

Bianco has worked on all kinds of subjects related to wind turbines, from aeroacoustics (the noise produced by the car when it is hit by the wind), to turbulence (chaotic changes in air flow around a car), to measuring noise emissions from airplanes. He’s constantly been on the cutting-edge of wind tunnel research, such as when he was studying particle image velocimetry, a now-common way of measuring 3D airflow using lasers, in the 1990s, when it was still mostly unheard of. This allows him to bring an extremely wide array of knowledge to the Honda wind tunnel project.

“Every time we investigate something new for the facility and want to put in something new, it’s not uncommon for Antonello to say, ‘oh, I worked on that 15 years ago,’” Kline remarked.

The new wind tunnel will have plenty of features that make it stand out. First off, it features a five-belt rolling road system designed for the development of production vehicles and a second, single/wide belt system designed for testing high-performance sports cars and purpose-built race vehicles.

This tunnel is also well-equipped to measure the acoustics of the wind moving around vehicles, known as aeroacoustics. Using a full microphone array, it captures the sounds made by wind passing over the vehicle, in order to understand how much noise is being produced and where exactly the noise is coming from, which is something Kline said will be especially important in the future. The tunnel will generate winds of up to 192 miles per hour.

“As Honda continues to strive to become number one in the areas of the environment and safety, we will invest more in resources like this wind tunnel, which will be used for current and future models for years to come,” said Kline.  “Antonello’s 35 years of expertise has been invaluable to this project.”

Plugging in on the Moon