The College of Engineering is mourning the death of Jeffrey Froyd, professor and chair of the Department of Engineering Education, who passed away on October 5. He was 68 years old. 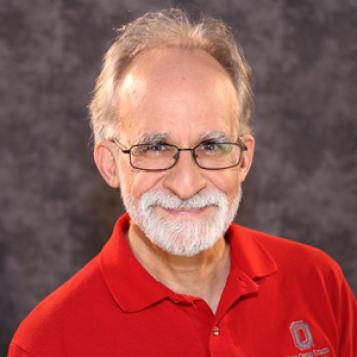 “By any measure, Jeff Froyd was an engineering education leader,” College of Engineering Dean Ayanna Howard said. “But by the measure of lives touched and futures nurtured, Jeff Froyd was as impactful and talented as they come. His wisdom, passion and warmth will be greatly missed.”

He earned a Bachelor of Science in Mathematics from the Rose-Hulman Institute of Technology and a Master of Science and Ph.D. in Electrical Engineering from the University of Minnesota. Prior to his arrival at Ohio State, Froyd was a research professor in Texas A&M’s Engineering Experiment Station and Engineering Academic and Student Affairs office. He also taught electrical engineering at Rose-Hulman and the University of Minnesota. At Rose-Hulman, he co-created the Integrated, First-Year Curriculum in Science, Engineering and Mathematics, which was recognized in 1997 with a Hesburgh Award Certificate of Excellence. Additionally, he was a principal investigator or co-principal investigator on numerous National Science Foundation supported projects and served on the leadership team at Texas A&M’s NSF ADVANCE project.

He is survived by his loving wife of 44 years, Joy, his two children, Nathan (Tricia) and Cara, his six grandchildren, Becca, Ally, Maggie, Caleb, Connor, and Judah, and brother Steve (Sue). In lieu of flowers, the family would like to establish a designated graduate fellowship in Jeff’s honor. Send contributions to The Ohio State University Foundation, P.O. 710811, Columbus, Ohio 43271-0811, Fund 314822, “in memory of Jeff Froyd”. Other donations may be made to Habitat for Humanity, the Dublin Food Pantry, or charity of donor’s choice.

A memorial service will be held Thursday, October 13, 2:00 p.m., at Schoedinger Dublin, 5980 Perimeter Dr., with a reception to follow.