College of Engineering enrollment, diversity and success metrics on the rise

Recently The Ohio State University reported record enrollment numbers on the Columbus campus and record minority student enrollment at all campuses. Similar increases occurred in the College of Engineering, along with improvements in retention and student graduation rates.

The new numbers are part of the Autumn Semester Enrollment Report, which includes key data about Ohio State’s undergraduate, graduate and professional students on the Columbus and regional campuses. 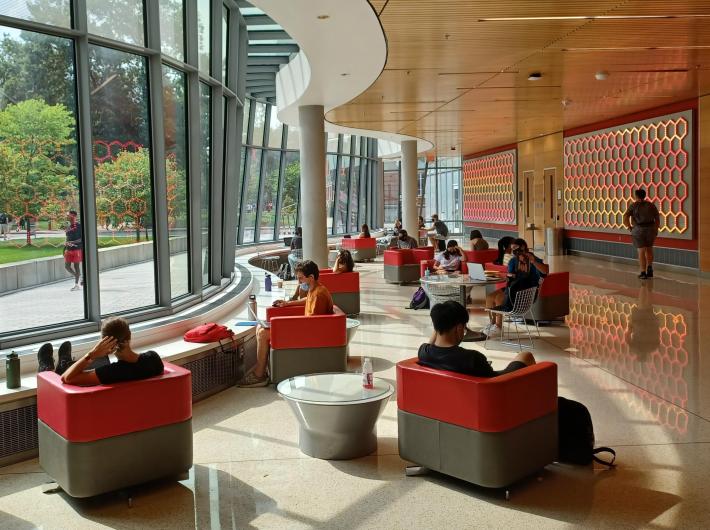 Student success metrics in the College of Engineering also reached record highs. In 2021, the first year retention rate – the percentage of incoming freshmen that enroll in the engineering college for the fall semester of their second year – was a record 85.8%, up more than five percentage points since 2018. Similarly, the six-year graduation rate also rose to a record high of 68.4%.

For comparison, results from a 2019 American Society for Engineering Education survey indicated a first year retention average of 78.7% and six-year graduation average of 53.7% among all engineering schools that self-reported.

“These improvements are the result of the resilience and determination of our students, as well as the commitment and innovation of our faculty and staff throughout the college,” said Associate Dean for Academic Programs & Student Services David Tomasko. “We are growing in almost all respects, but not at the expense of our students’ experience and success.”

Recently, the College of Engineering has focused on student academic success, retention, and targeting financial aid resources to improve 4- and 6-year graduation rates. A new, more holistic admission-to-major process and PREFACE, a long-standing summer bridge program for underrepresented students, have both contributed to retention and graduation rate growth. Additional efforts include refocusing staff efforts on assisting students to succeed in the first two years, a college-wide discussion on student mental health and combating anxiety, and a new strategy for awarding scholarships that prioritizes addressing students with high need and high loan balances.

Giving the gift of play to children with disabilities