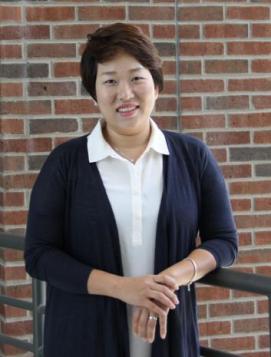 Mechanical and Aerospace Engineering Associate Professor Hanna Cho has received the 2021 American Society of Mechanical Engineers (ASME) C. D. Mote, Jr., Early Career Award. The award is presented to a researcher under the age of 40 who demonstrates research excellence in the field of vibration and acoustics. As recipient of the award, Cho delivered a keynote presentation at the ASME International Design Engineering Technical Conference this month.

Cho has previously served on the award’s selection committee, and said that experience gave her insight into the esteem of the award.

“I knew how ASME’s vibration and sound community values this award and, thus, has chosen great researchers as awardees who could represent this C. D. Mote, Jr., Award,” Cho said. “it is an immense honor for me to be recognized as one of the prestigious awardees by the community.”

Cho’s research investigates various multiphysical dynamics problems at micro and nanoscales. With her research team, she exploits linear and nonlinear dynamic behaviors to engineer enhanced micro- and nano-systems, such as atomic force microscopy (AFM) and micro-electro-mechanical systems (MEMS). Her work also applies the capabilities of advanced AFM and MEMS for various materials research such as bone mechanics and electrodes in lithium-ion batteries.

While taking time to appreciate the award, Cho also sees the honor as encouragement for her future work.

“My research in the material research area recently started, and I’ve seen a lot of opportunities here,” Cho said.

Her team has been fundamentally investigating the electric polarization caused by stress in the bone remodeling process. Cho plans to apply this knowledge to engineer a self-stiffening structural material. She has also developed an AFM-based setup that is capable of characterizing the electro-chemo-mechanical behaviors of battery materials during cyclic operation. The research done in this area is expected to expand into a collaboration with industry partners to further advance lithium-ion battery technology.

C. D. Mote, Jr., is president emeritus of the National Academy of Engineering and regents professor at the University of Maryland where he served as its president from 1998-2010.

from Dept. of Mechanical and Aerospace Engineering communications