The College of Engineering’s next dean and four of its professors have joined the distinguished ranks of Institute of Electrical & Electronics Engineers (IEEE) Fellows.

IEEE Fellow is a distinction reserved for select IEEE members whose extraordinary accomplishments in any of the IEEE fields of interest are deemed fitting of this prestigious grade elevation. In total, 32 active Ohio State engineering faculty members are IEEE Fellows, including President Kristina M. Johnson.

Poised to begin her term as Ohio State’s 23rd engineering dean on March 1, Ayanna Howard was elected Fellow in recognition of her contributions to human-robot interaction systems. Currently, Dr. Howard is the Linda J. and Mark C. Smith Professor and Chair of the School of Interactive Computing at Georgia Tech. She also holds a faculty appointment in the School of Electrical and Computer Engineering, where she functions as the Director of the Human-Automation Systems Lab. In 2015, she founded and now directs the $3 million traineeship initiative in healthcare robotics and functions as lead investigator on the NSF undergraduate summer research program in robotics. She received her B.S. from Brown University, her M.S.E.E. from the University of Southern California, her Ph.D. in electrical engineering from the University of Southern California, and her M.B.A. from Claremont University, Drucker School of Management. 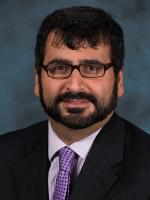 Recognized for contributions to energy storage in electric power systems, Ramteen Sioshansi is a professor and associate chair in the Department of Integrated Systems Engineering. Also an associate research fellow at the Center for Automotive Research, he earned degrees from the University of California, Berkeley and the London School of Economics and Political Science. His research focuses on the integration of advanced energy technologies—including renewables, energy storage and electric transportation—into energy systems. He also works in energy policy and electricity market design, especially as they pertain to advanced energy technologies. Sioshansi is co-principal investigator of a National Science Foundation Research Traineeship grant to develop and implement bold, transformative models for STEM graduate education training. 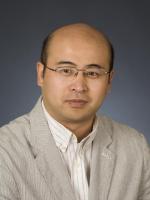 Electrical and Computer Engineering Professor Jin Wang was elevated to Fellow for development of high-density power converters and their use in electric cars. He received his B.S. degree from Xi’an Jiaotong University, an M.S. degree from Wuhan University, and a Ph.D. from Michigan State University, all in electrical engineering. Wang has been one of the leading experts and an early advocate for implementation of wide bandgap power devices for applications including electric vehicles, medium voltage drives and electric aircrafts. He has published nearly 200 journal and conference papers and has been awarded nine patents. Before joining Ohio State, Wang was a core power electronics engineer at Ford Motor Company. Earlier this year, he received the prestigious Nagamori Award in recognition of his innovations. 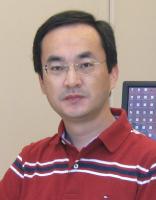 Xiaorui Wang, a professor in the Department of Electrical and Computer Engineering, was recognized for contributions to power management of data center servers and embedded systems. He received his doctoral degree from Washington University in St. Louis, an M.S. from University of Louisville, and his B.S. from Southeast University in Nanjing, China. His research interests include computer systems, computer architecture, data center power management, embedded and real-time systems, and cyber-physical systems. He is an author or coauthor of more than 100 refereed journal and conference publications. He is also an associate editor of the IEEE Transactions on Parallel and Distributed Systems and the IEEE Transactions on Computers journals. Wang earned the College of Engineering Lumley Interdisciplinary Research Award in 2016. 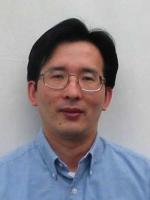 Computer Science and Engineering Professor Dong Xuan was elected Fellow for his contributions to connected coverage in wireless networks. He received his B.S. and M.S. electronic engineering degrees from Shanghai Jiao Tong University and his Ph.D. degree from Texas A&M University. His research in computer networking and mobile systems has been supported by the National Science Foundation, the National Institutes of Health and the Army Research Office. He has advised 14 Ph.D. students and published more than 140 research papers. Xuan is a recipient of the National Science Foundation CAREER Award and the College of Engineering Lumley Research Award.

The IEEE is the world’s leading professional association for advancing technology for humanity. Through its more than 400,000 members in 160 countries, the association is a leading authority on a wide variety of areas ranging from aerospace systems, computers, and telecommunications to biomedical engineering, electric power, and consumer electronics.