Lisa Barclay to lead College of Engineering’s Office of Diversity, Outreach and Inclusion 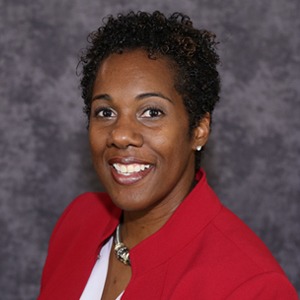 Senior Director of Diversity, Outreach and Inclusion Lisa Barclay has been named interim chief diversity and inclusion officer and assistant dean by The Ohio State University College of Engineering. She succeeds Donnie Perkins, who announced his retirement recently after serving exceptionally in the role since January 2015.

With more than 20 years of professional experience in higher education, Barclay began her tenure at the College of Engineering in 2002 as a student recruitment coordinator and was promoted to director of that unit in 2008. In 2011 she began leading Engineering Diversity and Outreach Programs as an associate director. She was promoted to senior director of the college’s Office of Diversity, Outreach and Inclusion (DOI) in January 2016.

As interim chief diversity and inclusion officer, Barclay will represent the college within the university as well as with peer universities and industry partners. She will lead DOI’s staff of 12 and play a key role on the College of Engineering Executive Committee.

“Lisa is uniquely qualified to be the chief diversity and inclusion officer and assistant dean,” said Dean David B. Williams. “Her many years of experience working with our students, faculty and staff have equipped her with a deep knowledge of the challenges faced by Black and Brown members of the college. I look forward to learning from her as we develop our plans to make the college more welcoming and supportive.”

Under Barclay’s leadership, engineering recruitment doubled the number of new first year student applications, with more than a 25% increase in underrepresented minorities and women between 2006 and 2012. In her role as senior director of Diversity, Outreach and Inclusion, she supervised a staff of six and was responsible for undergraduate recruitment, retention and student success, the Minority Engineering Program, and Women in Engineering, impacting hundreds of prospective students and more than 2,500 current students. From 2012 to 2018, Barclay’s team significantly contributed to a 34% rise in enrollment in the number of women and a 25% increase in enrollment for underrepresented minority students, making Ohio State one of the nation’s top producers of diverse engineers.

“I’m eager to join the senior leadership team at such a pivotal time when they are searching for constructive ways to engage in difficult discussions around the impact of COVID-19, systemic and institutionalized racism, and other important matters that affect the wellbeing of our students, staff and faculty,” said Barclay. “I am ready to work alongside leadership to listen to underrepresented voices and help create space for healthy exchange that I am hopeful will lead to a more inclusive and positive climate in our college.”

In addition to overseeing the daily operations of the DOI office, Barclay also serves as an advisor to the National Society of Black Engineers, the Society of Hispanic Professional Engineers and the Nu Phi Chapter of Delta Sigma Theta Sorority Inc., wherein she works closely with undergraduates to support their efforts to excel academically and serve the community.

Prior to arriving at the College of Engineering, Barclay worked with The Ohio State University Upward Bound and Young Scholars programs. While at Ohio State, she has been recognized for outstanding service by Mortar Board & Sphinx, Distinguished Staff Recognition by the Office of Student Life, the College of Engineering Above and Beyond Award and the Alpha Kappa Alpha Sorority, Inc., Living Legend Award. She is also the immediate past chair of the National Association of Multicultural Engineering Program Advocates’ Midwest Region.

As a result of concerted efforts led by Barclay and Perkins, the College of Engineering received the American Society of Engineering Education (ASEE) Diversity Recognition Program Bronze Award earlier this year.