The Ohio State University College of Engineering’s Departments of Computer Science and Engineering and Engineering Education have recently welcomed new leaders, as has the university’s Smart Mobility Program and Global Water Institute.

Arora to lead Department of Computer Science and Engineering 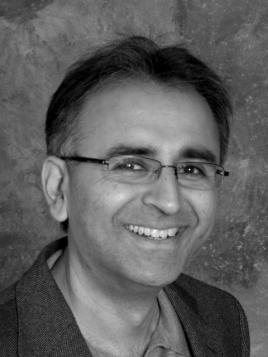 Professor Anish Arora has been named chair of the Department of Computer Science and Engineering, effective July 1. He will succeed Professor Tamal Dey, who has served as interim chair since February 1, 2019.

Arora began his faculty tenure at The Ohio State University in 1992 and was promoted to full professor in 2002. He is currently a program co-director of Ohio State’s Translational Data Analytics Institute, leading a community of practice on Smart Communities and Distributed Sensing.

Arora is a world leader in wireless sensor networks (WSN) and Internet of Things (IoT) technology. An IEEE Fellow, he has made many research contributions to fault-tolerance and security of distributed, networked systems. He has led research, development and deployment of many large-scale and several long-lived WSNs worldwide, including ExScal, Kansei, PeopleNet, ThermoNet, HornNet and SONYC, for diverse applications. Arora earned his bachelor’s degree in computer science and engineering from the Indian Institute of Technology, New Delhi, before receiving an MS and PhD in computer science from the University of Texas at Austin. [Read more] 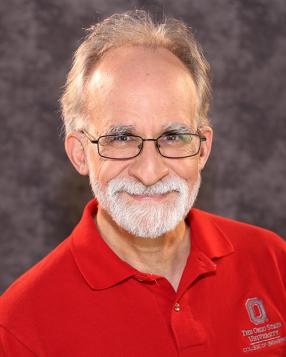 On June 1, Professor Jeff Froyd begins his tenure as chair of the Department of Engineering Education. He succeeds Professor Monica F. Cox, who had been the department’s inaugural chair since December 2015.

Froyd joined The Ohio State University College of Engineering in 2017 as a professor of engineering education. He holds a Bachelor of Science in Mathematics from the Rose-Hulman Institute of Technology and a Master of Science and PhD in Electrical Engineering from the University of Minnesota.

Prior to his arrival at Ohio State, Froyd was a research professor in Texas A&M’s Engineering Experiment Station and Engineering Academic and Student Affairs office. He has taught electrical engineering at Rose-Hulman Institute of Technology and the University of Minnesota. Additionally, he has been principal investigator or co-principal investigator on multiple National Science Foundation (NSF) supported projects and served on the leadership team at Texas A&M’s NSF ADVANCE project. He is a Fellow of the IEEE and the American Society for Engineering Education. [Read more]

A technology-based small-business owner with higher education and federal agency experience has been recruited to The Ohio State University to direct its Smart Mobility Program. Chris Atkinson, also a professor of mechanical and aerospace engineering, will lead and collaborate with faculty, students and staff to integrate mobility-related research and education across academic units. The Smart Mobility Program is housed in the Office of Research.

Atkinson joins Ohio State from the Advanced Research Projects Agency-Energy (ARPA-E) in the U.S. Department of Energy. He served as program director, developing programs to fund high-risk, high-reward innovative energy technologies for generation, storage, distribution and usage. He is the founder of Atkinson LLC, a company specializing in engine control and calibration, fuel efficiency optimization and emissions reduction.

Tom Darrah has been named the new executive director of Ohio State’s Global Water Institute, succeeding Marty Kress, who launched GWI in 2016 and is retiring at the end of June.

Darrah, who joined Ohio State in 2013, is a faculty member in the School of Earth Sciences. He is an internationally recognized scholar with interests in issues concerning the water-energy nexus, water and health, and noble-gas geochemistry. He received the National Ground Water Association’s 2018 John Hem Award for Excellence in Science and Engineering in “recognition of significant contributions to the understanding of groundwater.”

In July 2019, GWI operations were transferred to the College of Engineering, with the intent of broadening its already impressive mission and reach. It features a wide array of externally-focused applied research programs, transformational international educational activities, and outreach and engagement related to rural water access and governance, water quality, and health. Lives are being transformed through GWI’s efforts in Africa, which involve faculty and students from across the university. Its teams are currently working in 16 Tanzanian villages to secure clean water for more than 100,000 people. [Read more]