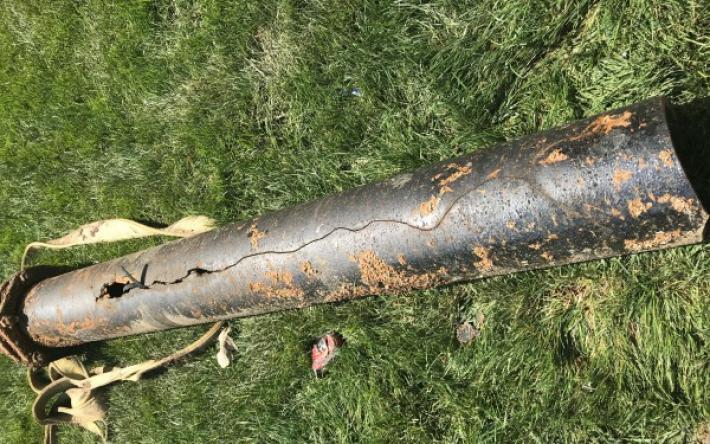 Drip, drip, drip … If you stay quiet and listen closely, you can hear it. Water always finds a way and now Ohio State’s Facilities Operations and Development has embraced a unique way to track it.

“They listen to the water mains using acoustic methods,” said Brenda VanCleave, water engineer for FOD’s sustainability office. “They can pinpoint where there’s a leak within three meters of that leak.”

As part of ongoing leak detection surveys, FOD has partnered with a third-party crew that mounts their equipment onto fire hydrants and listen to the water main between the hydrants to hear abnormalities through the flow of the water.

“With that, they can estimate the location and the size of the leak,” said VanCleave, who is an agricultural engineering alumna.

VanCleave and her team strive to meet the Ohio State’s sustainability goal to reduce potable water by 5% per capita every five years. VanCleave said they’re on target to reach that goal.

“Ohio State has seen a 17% reduction in water usage on campus since 2013,” VanCleave said. “We want to conserve water as much as we can and reduce campus water usage.”

Through the leak detection survey, crews found leaks or cracks in pipes across campus, which VanCleave says are the primary reasons for wasting water. Ohio State has 40 miles of water lines across campus made up of various sizes, ages and conditions.

The survey uncovered two large leaks that were not surfacing. Crews eventually fixed the cracks, saving an estimated 50 million gallons per year.

"We’re finding areas where water is being used and being wasted,” said Yousuf Yousuf, a project intern who received his environmental engineering degree in May. “I have an opportunity that many kids back home don’t have. It encourages me to give back.”

Yousuf's family came to the United States from Somalia in the early '90s. He said the lack of drinking water is an issue there as only some cities have an adequate water supply.

It puts into perspective how important FOD’s work is and shows why the team is taking additional steps to continue to monitor leaks. The team is planning another leak detection survey once the COVID-19 pandemic is over and university operations return to normal.

They are considering a new survey method using drones with infrared technology to detect leaks. Ohio State’s Planning, Architecture and Real Estate (PARE) has partnered with the College of Engineering and is in the process of getting the new drone.

“If we pursue and obtain this new technology it will assist in many areas, including leak detection,” said Andrew Neil, PARE’s certified drone pilot. “We are always willing to help our campus partners and aid in meeting the university’s sustainability goals in any way that we can.”

Engineering students and their causes featured on Homecoming Court

Undergraduate program rankings on the rise