Infectious disease experts and engineers at The Ohio State University are part of a national team of scientists who developed a nasal pharyngeal swab – a key part of the kits necessary to test for the novel coronavirus – and have found ways to produce them at private printing farms, or, if necessary, on the Ohio State campus.

Scientists and engineers from Ohio State’s Infectious Diseases Institute, Center for Design and Manufacturing Excellence and Institute for Materials Research were part of the national team that helped create the swabs; that team was led by researchers at Harvard University, the University of South Florida and other institutions. One New York-based hospital system started making its own swabs using this design in March.

A 3D printing farm based in Wood County, Ohio, Formlabs, delivered a shipment of 15,000 swabs to Ohio State earlier today. Those swabs will be sanitized in labs at the College of Dentistry, then moved to the medical center for use in test kits.

Ohio State has also corralled its own 3D printers across campus, including some from the CDME, the Institute for Materials Research, and the College of Dentistry.

Quantifying the virus’s reach has been difficult in part because the number of available tests are limited. Having more swabs is one step toward having more tests, said Nate Ames, executive director of Ohio State’s Center for Design and Manufacturing Excellence (CDME).

The swabs are long and thin with a bristled top – kind of like a plastic Q-tip. Health care providers use them to swab a person’s nasal cavity and throat, then test what they’ve swabbed to see if the virus is present. 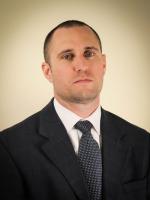 Ames“These are what health practitioners need to get viral material to determine if you have coronavirus or not,” Ames said.

Ames said the state of Ohio has asked Ohio State to produce test kits for the entire state. The kits include swabs and a vial of viral transport medium, a substance that keeps material collected from a person’s nasal cavity intact during transport to a lab. Researchers at the Ohio State Wexner Medical Center and the Ohio State College of Medicine found a way to replicate a World Health Organization recipe to produce that medium on campus.

CDME and IMR’s engineers are also working on a backup plan to recreate the swabs to be made by a more traditional manufacturing method, called injection molding.

“Ohio State has been tapped by the governor to produce all the COVID-19 test kits for the state of Ohio, so the demand that we’ve placed on these nasal pharyngeal swabs is greater than just what Ohio State will use,” he said.

Engineers and infectious disease experts at Ohio State also worked with an anesthesiologist at the medical center, David Eckmann, to develop a clear plastic three-sided box – what the team is calling an “aerosol box” – to provide a secondary layer of protection for health care providers treating COVID-19 patients.

One side of the box fits over the side of a hospital bed, and the box has holes for a doctor’s or nurse’s arms. Eckmann saw something similar on the Internet, brought the idea to Ames and other engineers, and the team started designing. As of Thursday, April 9, they had already begun delivering the boxes to the medical center; by the week of April 13, they’ll have sent 70, Ames said.

Shortages of personal protective equipment have been well-documented. The boxes are not a substitute for PPE such as masks, gloves and gowns. But, Ames said, they might help.

Researchers are also working on ways to re-use parts from ventilators – crucial for providing oxygen to patients who can’t breathe on their own because of COVID-19.

“We’re working with clinicians and faculty, trying to take little steps,” Ames said. “Can we build on some science from a few years ago to create a splitter to use one ventilator for multiple people?”

The team is also trying to find ways to make use of parts from broken ventilators – sort of a “spare parts program,” Ames said.

Jay Sayre, director of innovation at the Institute for Materials Research, said the team has been able to respond quickly in part because all three institutes and the medical center fall under the broader Ohio State umbrella.

“We all share the same mission, and I think that’s key to this all working as well as it is,” he said.

And, Ames said, researchers are hoping their scientific skills can be applied now to solutions that might ease the negative effects of COVID-19.

“Almost every faculty member and researcher on campus who can is running toward the problem,” he said. “There is a war going on against the coronavirus, and this is the battlefield where I can make an impact. It feels like what we should do.”

Lisa Barclay to lead College of Engineering’s Office of Diversity, Outreach and Inclusion