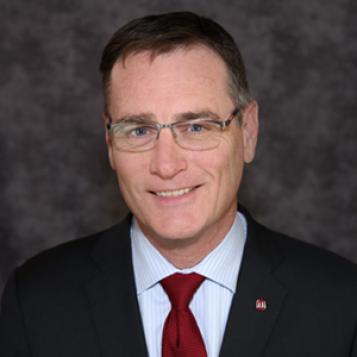 Horack arrived at Ohio State in 2016, when he was named the inaugural Neil Armstrong Chair in Aerospace Policy. He is a tenured professor in the Department of Mechanical and Aerospace Engineering and holds a joint appointment in the John Glenn College of Public Affairs.

The senior associate dean’s primary role is to work in tandem with Dean David B. Williams to manage growth and optimize operations. Dean Williams will be increasingly involved in the university’s forthcoming fundraising campaign by working with alumni, foundations and industry partners.

Before coming to Ohio State in 2016, Horack served as the vice president for Space Systems at Teledyne Brown Engineering, vice president for research at the University of Alabama in Huntsville and vice president of the International Astronautical Federation, a consortium of academic, industrial and governmental leaders from 68 countries. He spent nearly two decades as a NASA civil servant, performing original theoretical and experimental research in high-energy astrophysics, cosmology, and gamma-ray bursts, as well as a member of the Senior Executive Service, leading the Science and Mission Systems Office at NASA’s Marshall Space Flight Center.

With a group of colleagues from NASA in 2000, Horack was a co-founder, president, and chief product architect of Mobular Technologies, Inc., an innovative document-distribution company serving financial services and e-commerce customers, still in the market today.

At Ohio State Professor Horack has stepped up as interim leader of the Center for Aviation Studies, and leads the diversity and inclusion committee in the Department of Mechanical and Aerospace Engineering. A popular teacher, Horack also is advisor to the Buckeye Space Launch Initiative team, Spaceport America Cup winners two years running.

He is the author or co-author of over 100 scientific papers, conference proceedings, and publications across subjects including space policy, atmospheric physics, and high-energy astrophysics. Despite being away from active research for almost 20 years, his work has garnered over 4,000 citations.

Horack holds a Ph.D. and a Master’s degree in Astrophysics from the University of Alabama in Huntsville, and a Bachelor’s degree in Physics and Astronomy from Northwestern University. He is an FAA-licensed flight instructor, with commercial and instrument pilot ratings.