A massive new supercomputer will soon enable the nation’s scientists to make discoveries that are currently out of reach. The National Science Foundation (NSF) announced that it has awarded $60 million to the Texas Advanced Computing Center (TACC) at The University of Texas at Austin (UT Austin) for the acquisition and deployment of a new supercomputer that will be the largest at any U.S. university and among the most powerful in the world. 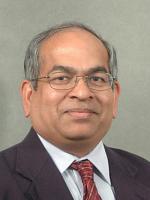 Ohio State University Computer Science and Engineering Professor DK Panda is a co-principal investigator on the award. He will lead a team of doctoral students, postdocs and research scientists in optimizing the supercomputer’s software and networking. Ohio State will receive $2.5 million in funding over five years.

The new system, to be known as Frontera, will begin operations in 2019. It will allow the nation’s academic researchers to advance work in all fields of study, from astrophysics to zoology, enabling simulation and modeling, artificial intelligence, and data analytics at the largest scales.

“Supercomputers—like telescopes for astronomy or particle accelerators for physics—are essential research instruments that are needed to answer questions that can't be explored in the lab or in the field,” said Dan Stanzione, TACC executive director. “Our previous systems have enabled major discoveries, from the confirmation of gravitational wave detections by the Laser Interferometer Gravitational-wave Observatory to the development of artificial intelligence-enabled tumor detection systems. Frontera will help science and engineering advance even further.”

“Our software is being used by more than 2,925 organizations in 86 countries worldwide to extract the potential of these emerging networking technologies for modern systems,” said Panda. MVAPICH software powers the world’s second fastest supercomputer, Sunway TaihuLight at China's National Supercomputing Center.

If completed today, Frontera would be the fifth most powerful system in the world, the third fastest in the U.S. and the largest at any university. For comparison, Frontera will be roughly twice as large as Stampede2 (currently the fastest university supercomputer), and 70 times larger than Ranger, both also built and operated by TACC. To match what Frontera will compute in just one second, one would have to perform one calculation every second for roughly one billion years.

Frontera will enter production in the summer of 2019 and will operate for five years. In addition to serving as a resource for the nation’s scientists and engineers, the award will support efforts to test and demonstrate the feasibility of an even larger future leadership-class system, ten times faster than Frontera, to potentially be deployed as Phase 2 of the project.