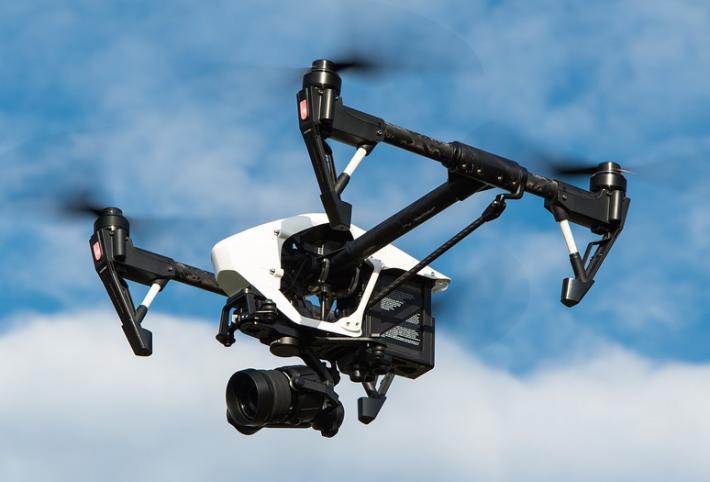 The 33 Smart Mobility Corridor is getting even smarter under recently announced plans to study the use of unmanned aircraft systems (UAS), or drones, to monitor traffic and roadway conditions from the air along the corridor.

As drone numbers soar, DriveOhio’s UAS Center is investing $5.9 million for a three-year study on how to safely fit these aircraft into an already congested airspace. Led by The Ohio State University College of Engineering, the research will include both air and ground vehicles and will complement DriveOhio’s current initiatives in autonomous and connected vehicle testing.

Low-altitude drones will monitor traffic and incident response along the U.S. 33 Smart Mobility Corridor, a 35-mile stretch  between Dublin and East Liberty, in conjunction with the state’s current fixed-location traffic camera system. Sensors and communication equipment will feed UAS detection and tracking data to the Ohio Department of Transportation’s Traffic Management Center. The Unmanned Traffic Management (UTM) solution will enable ODOT to respond more rapidly and effectively to situations on the road.

The UTM system also will ensure the drones controlled by DriveOhio’s UAS Center will not collide with each other or with manned aircraft, such as small planes and helicopters that also use the lower altitude airspace. The Federal Aviation Administration (FAA) estimates 7 million UAS commercial and hobbyist purchases by 2020. These unmanned aircraft must also interface with the 5,000-manned aircraft that are in the sky at any given time.

“We’re excited to develop an unmanned traffic management system for Ohio, which will enable safe flight of drones and personal air vehicles beyond the line of sight of the operator,” said Ohio State Professor and Aerospace Research Center Director Jim Gregory. “Our collaborative work will pave the way for the ultimate vision of safe flight of UAS throughout Ohio and beyond.”

Current FAA drone regulations require that the operator maintain the unmanned aircraft within visual line of sight at an altitude of less than 400 feet and without flying over people. These logical restrictions significantly curtail the usefulness of the range of applications that industry, academia, and public entities such as ODOT can envision.

Based at the Transportation Research Center in East Liberty, the UTM system under development is analogous to and draws upon the heritage of the current Air Traffic Management system for the National Airspace System. Passive radars developed by Graeme Smith, research professor at Ohio State's ElectroScience Laboratory, will enable UAS detection and tracking without contributing to radio spectrum congestion.

“Since there is no pilot on board, we must build a comprehensive surveillance system composed of radar transceivers as well as robust signal processing on the back end, in real time, to track and filter all targets in the area of interest,” Gregory added. “With a dynamic UTM solution in place, it will then be possible to make the safety case to the FAA for operations over people and beyond line of sight.”

With the UTM system in place, the corridor will be able to support future UAS and autonomous operations such as package delivery and air taxi services.

“This project will further establish Ohio’s lead in UAS technology and help provide a space where the Ohio Department of Transportation, DriveOhio, researchers and developers can explore the intersection between automatous and connected ground and air vehicles,” said DriveOhio’s UAS Center Director Fred Judson. “This research will also allow ODOT to better understand the changing landscapes of technologic advancements through proactive policies and investments early on in the adoption lifecycles.”