Resilience in the face of the storm

When strong hurricanes like Katrina in 2005, Ike in 2008 or Sandy in 2012 hit highly populated regions, devastation is immense and far-reaching. 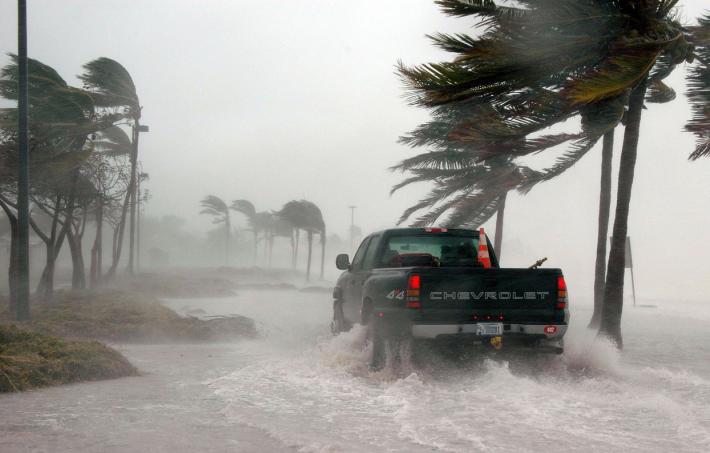 A hurricane’s high winds are also destructive and may spawn tornadoes. Torrential rains cause further damage by spawning floods and landslides, which may occur many miles inland. Economic losses attributed to a single hurricane often add up to billions of dollars.

“Our ultimate goal is to improve safety of people in the path of a hurricane,” said Shafieezadeh, “and to provide knowledge to utility providers and equipment manufacturers that will lead to more reliable and resilient power transmission systems, which are immensely critical to many public services, including health care, transportation and telecommunications.”

Our nation’s coastal areas face substantial risk from storm surge. Data from modeling efforts can provide crucial information to decision makers to act against these risks—evacuation orders, for example—but available models for flood defense systems are limited in scope and consideration of geo-structural variables. Ohio State’s research and educational plan will provide for the development of the next generation of storm surge, flooding scenario and fragility models for hazard and protection infrastructure. The research also will assess how decision makers utilize storm risk assessment information to make critical decisions. Ultimately, Shafieezadeh said, the new models will lead to more informed decisions about catastrophic risk and infrastructure failure.

Power outages due to high winds often are the first impact felt by residents of a region enduring a hurricane. The electric power transmission infrastructure in the U.S., especially in coastal areas, faces substantial risk from hurricanes. In a separate NSF-funded project, Shafieezadeh and his team aim to create a new approach to system reliability and resilience assessment of transmission tower-line systems.

Current reliability models only focus on a few individual failure modes, or scenarios, but do not account for the potential of couplings among various failure modes or cascading failures of tower-line systems. These limitations may result in response prediction uncertainty and undermine confidence in risk estimates, which ultimately can hinder efforts for resilience enhancement of transmission systems.

“By some estimates, we have more than 450,000 miles of high and extra-high voltage transmission lines and hundreds of thousands of transmission towers in the U.S.,” Shafieezadeh said. “While we can’t afford that many new transmission towers, through these models we can identify which towers are most vulnerable and most critical, and then target improvements.”

The Atlantic Ocean’s hurricane season officially runs June 1 to November 30, when 97 percent of tropical activity occurs. On average, between five and size hurricanes form each year in the Atlantic, but not all named storms make landfall.

Advancing the science and engineering of artificial blood