Subramaniam becomes chair of Department of Mechanical and Aerospace Engineering 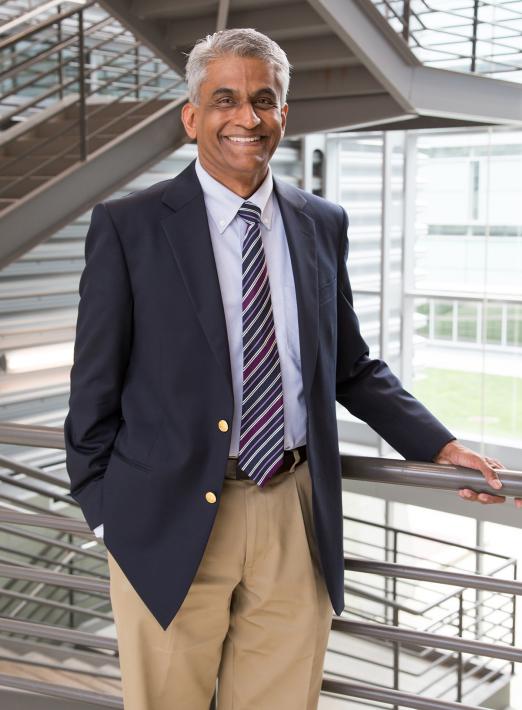 On June 20, 2016, Professor Vish Subramaniam became chair of the Department of Mechanical and Aerospace Engineering at The Ohio State University.

“Vish has articulated a compelling vision for the college’s largest department and has done so with energy and enthusiasm,” said Dean David B. Williams. “His multi-faceted prowess and stellar reputation as a collaborator will serve Ohio State Engineering superbly.”

In 2014, he earned a finalist slot in the Wexner Medical Center’s Big IDEAs for Health competition. He has developed an exciting new electromagnetic method that can help surgeons better discern surgical margins to excise cancerous tissue that cannot be seen or felt. His device uses mini electrical currents to distinguish between normal and diseased tissue, giving surgeons real-time knowledge of how much to remove.

Subramaniam also is a leading scholar in the areas of heat transfer, plasma dynamics and carbon nanotubes. In recognition of his research achievements, he was an IBM Faculty Awards recipient in 2014 and winner of the college’s Lumley Research Award in 1992. Subramaniam holds 2 patents, with several pending.

He is a two-time recipient of the college’s Charles E. MacQuigg Outstanding Teaching Award, as well as winner of the Harrison Faculty Award for Excellence in Engineering Education. During his time at Ohio State, Subramaniam also has served as invited professor at Ecole Centrale Paris and visiting professor at Ohio State’s College of Medicine.