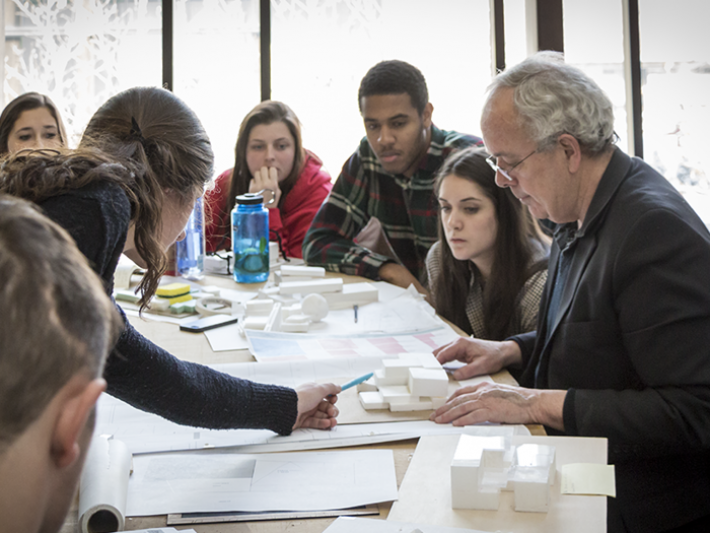 The Austin E. Knowlton Foundation has announced a $1 million donation to the Architecture Section of the Knowlton School to create the Robert S. Livesey Distinguished Visiting Professorship Fund. The fund will support a distinguished visiting professor in the Architecture Section of the school. While in residence, the Livesey Distinguished Visiting Professor will teach a studio, seminar and/or lecture course and will give a public lecture as part of the school’s Baumer Lecture Series.

The gift is named for Professor and current Architecture Section Head Robert Livesey, in recognition of his profound effect on the architecture program and the Knowlton School over his 30-year career as a teacher, scholar, Architecture Section Head and School Director. Livesey is the recipient of a 2016 Alumni Award for Distinguished Teaching, was named one of the 30 Most Admired Educators for 2015 by DesignIntelligence, and received the AIA Ohio Teaching Award. In 2012, Livesey was inducted as an honorary member of Class 106 of the SPHINX Senior Class Honorary, nominated by current student members of the organization and its alumni, in recognition of his unparalleled impact on and service to the university.

Austin E. Knowlton received his architectural engineering degree from Ohio State in 1931. Also known as “Dutch,” he was the owner and chairman of the Knowlton Construction Company, which started in Bellefontaine, Ohio, in 1937 and whose predecessors dated back to 1906. His company was responsible for over 600 major construction projects throughout Ohio and the Midwest, including school buildings, hospitals and libraries. In his honor and in recognition of his philanthropic support, Ohio State’s school of architecture was renamed in his honor in 1994.

Founded in 1981, the nonprofit Austin E. Knowlton Foundation seeks to promote and advance higher education in the United States and to provide direct grants and contributions to qualified colleges and universities.

from the Ohio State University Knowlton School of Architecture