For the second consecutive year, The Ohio State University Flight Team has earned the Loening Trophy as the outstanding all-around collegiate aviation program in the nation. The flying Buckeyes received the prestigious award at the National Intercollegiate Flying Association (NIFA) 2016 Safety and Flight Evaluation Conference (SAFECON) National Championship, held May 9-14 at The Ohio State University Airport.

The pure silver Tiffany designed Loening Trophy was commissioned and first awarded in 1929 when aviation pioneer and inventor Dr. Grover Loening saw a need to annually recognize the most outstanding achievements of today’s college aviation programs. Dr. Loening—aeronautical engineer for the Wright Brothers—asked his friends and famous pilots, Charles Lindbergh, Amelia Earhart, and Navy Commander John Towers to assist him in judging the first competition.

The original Loening Trophy is still awarded today and is considered the most prestigious award at the annual SAFECON competition. Before winning last year, Ohio State last held the trophy in 1988. Emphasis on academics, community involvement, aviation skills and their advancement, a comprehensive safety program, and professionalism, when combined with a pro-active enhancement of the future of aviation are keys for the selection of this award. 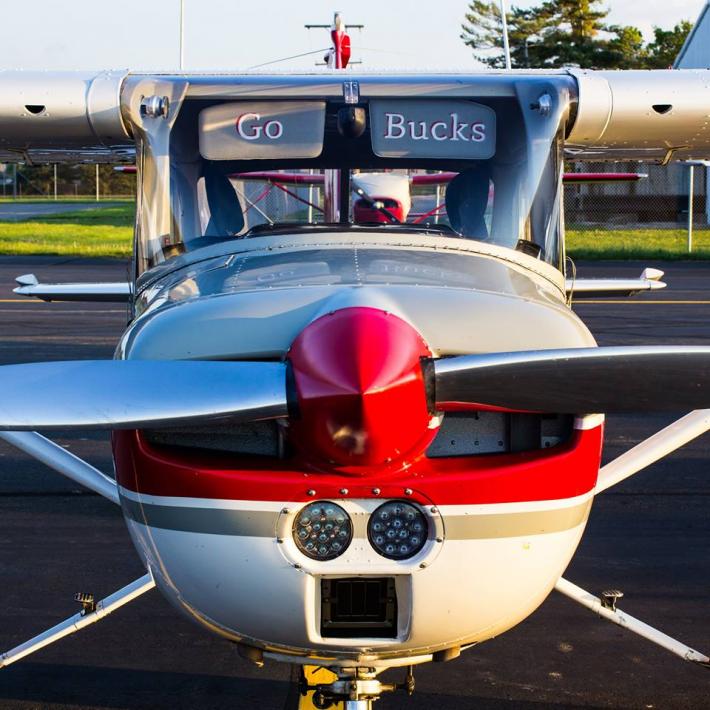 Teams earn points toward the top award for each student who places in one of the 11 events. The teams compete in ground and flight events, including navigation, message drop, preflight, approach and landing.