Discovery could reveal how well – and how fast – treatment finds and kills cancer.

Tracking the path of chemotherapy drugs in real time and at a cellular level could revolutionize cancer care and help doctors sort out why two patients might respond differently to the same treatment.

Researchers at The Ohio State University have found a way to light up a common cancer drug so they can see where the chemo goes and how long it takes to get there. 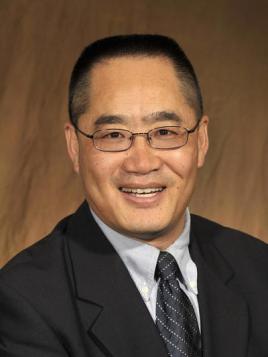 They’ve devised an organic technique for creating this scientific guiding star and in doing so have opened up a new frontier in their field. Previous efforts have been limited by dyes that faded quickly and by toxic elements, particularly metals.

A study published this week in the journal Nature Nanotechnology highlighted two novel accomplishments. First, the researchers created a luminescent molecule, called a peptide and made up of two amino acids. Then they hitched that light to the cancer medication so that it revealed the chemo’s arrival within cells.

“This is very important for personalized medicine. We really want to see what’s going on when we give chemo drugs and this work paves the way for the exciting endeavor,” said Mingjun Zhang, the biomedical engineering professor who led the study.

Biomedical engineers strive to find techniques that behave naturally within the body and leave without doing harm. This research holds promise for doing just that because the peptide is one that should easily coexist with human cells and leave as harmlessly as it entered.

“You can combine your drug with this luminescent vehicle,” Zhang said of the tiny fluorescent particle devised in his lab. “Composed of natural amino acids, the nanoparticle is inherently biocompatible. Our biological machines can easily take care of it.”

This work was done in petri dishes in Zhang’s lab and work in animals is currently underway.

In the body or tissue of an animal or person, scientists would watch the fluorescent signal with an optical detection system, said Zhang, who is a member of Ohio State’s Davis Heart and Lung Research Institute.

Zhang and his colleagues sandwiched their peptide to a common chemotherapy drug so that its light was hidden until the two elements peeled apart upon entering the cells.

Zhang was particularly delighted to see that the blue peptide, which can be seen under ultraviolet light, maintained its luminescence for extended periods of time. Previous work to track drugs using organic dyes has been hampered by their tendency to fade with time.

“You can label it and you can attach it to a drug and see where the drug goes and when it is released,” Zhang said.

And it could be that the biomedical advance can give patients and their doctors information on how well and how quickly a medication is working for them.

The research team used doxorubicin, a widely used chemotherapy drug, for their lab work, but the discovery could apply to different types of treatments.
Better understanding of the complex interplay of cells and drugs is critical to development of treatments that are finely tuned for individual patients.

The Ohio State work builds on research that earned a trio of scientists the 2008 Nobel Prize in Chemistry. Their work on green fluorescent protein found in jelly fish led to the discovery that scientists could illuminate cellular-level activity that had previously been cloaked in mystery.

Zhang’s work was supported by the National Science Foundation.