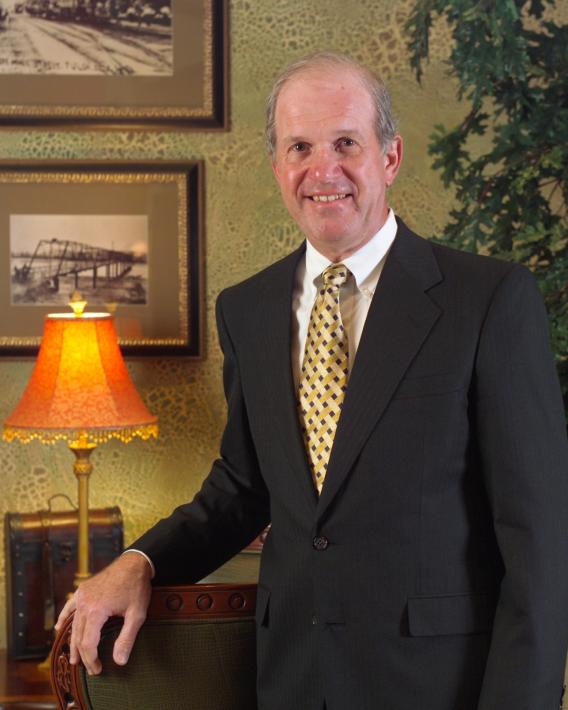 Born to a Great Lakes seaman in Painesville, Ohio, Bill Lowrie learned at a young age the importance of hard work, dedication and loyalty. Those values led to his successful 33-year career at Amoco, one of the world’s largest petroleum companies, and to his longtime support of The Ohio State University.

Bill Lowrie recently received the Ohio State University Distinguished Service Award. Established in 1952 by the Board of Trustees, the award recognizes individuals who have rendered exceptional and truly distinguished service to the university.

Inspired by petroleum engineering courses at Ohio State, Lowrie joined Amoco in 1966 after graduating from Ohio State with a bachelor’s degree in chemical engineering. He worked his way through the ranks, ultimately becoming deputy CEO. Throughout his demanding career, Lowrie has remained a dedicated supporter of his alma mater, particularly the Department of Chemical and Biomolecular Engineering, which carries his name.

Since the early ’80s, he has provided leadership on a variety of Ohio State committees as well as significant financial contributions. In 2009, he made a transformative financial commitment to support the construction of the Koffolt Laboratories in the Chemical and Biomolecular Engineering and Chemistry Building (opening in 2014), the creation of a professorship and an endowed chair, and enhancement of education and research initiatives.

His loyalty to the department and his alma mater is the driving force behind his service to Ohio State, said Stuart Cooper, chair and professor of chemical and biomolecular engineering.

“The value of Bill Lowrie’s extensive service and involvement with Ohio State is particularly significant in light of the fact that he lives a great distance from campus and has had an exceptionally demanding career as CEO of a major multinational corporation,” Cooper said. “Yet, Lowrie vowed to give back to others in the way he felt he had received, and he kept his word through the delivery of services he has given this institution and the chemical and biomolecular engineering department in particular.”

He currently chairs the university’s Foundation Board of Directors and is also a member of the Steering Committee.