Ohio State and the University of Michigan are teaming up. 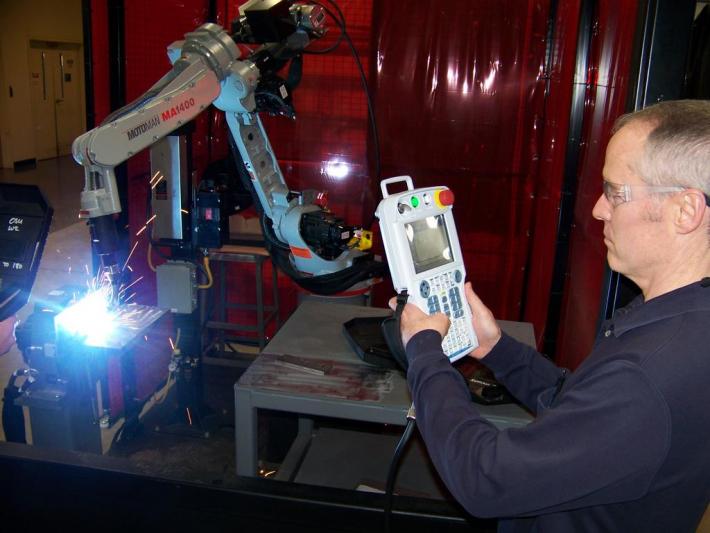 The universities and Columbus-based EWI (a nonprofit focused on manufacturing technology) are co-founders of a consortium of higher ed, business and nonprofits that will establish a $148 million high-tech manufacturing research institute, the American Lightweight Materials Manufacturing Innovation Institute (ALMMII).

The institute will boost the Midwestern economy: ALMMII will help train workers to create and use new lightweight materials, and is expected to create 10,000 new jobs in the region in the next five years. The technologies and materials developed by ALMMII also will be transitioned to commercial firms, including small and medium-sized businesses.

“We are proud to be working with such an outstanding founding group in establishing this important national institute, which will bring together resources from industry, government and academia to enhance the region’s competitiveness, create opportunities for students and generate economic growth,” says Ohio State Interim President Joseph A. Alutto.

Says UM President Mary Sue Coleman: “Through this initiative, our region will build on its core strengths to become the nation’s technology hub for lightweight materials and manufacturing. Companies from around the country will come here not only because of our technological capabilities, but also because we have the work force they need in their efforts to revitalize and transform domestic manufacturing.”

Housed in metropolitan Detroit, ALMMII will draw heavily from Ohio State and EWI assets in Columbus--including faculty researchers and students.

“A vision of the institute is to prepare an eager work force and equip them with 21st century advanced manufacturing skills," says Lawrence Brown, executive director of the institute and director of government technology programs at EWI. "Through the integration of the region’s work force, education and economic development assets, the institute will enable the availability of job-ready employees and maximize the transition of emerging technologies to small, medium and large firms in the region and across the nation.”

“This collaborative effort in lightweight metals echoes Ohio State’s commitment to manufacturing innovation, especially as it relates to transportation,” says Williams. “The work we do will directly impact the automotive, aerospace and defense sectors, each of which is very important here in Ohio.”

A new ‘gold standard’ compound for generating electricity from heat