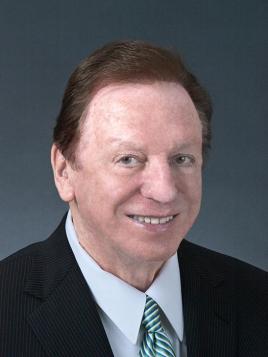 Buckeye engineer Paul Ryan (’56 BS electrical engineering) has been named an IEEE Fellow, one of the IEEE association’s most prestigious honors, in recognition of his contributions to aviation safety.

An innovator and businessman, Ryan’s pioneering work has helped make air travel safer for millions of travelers each day. In the 1970s, Ryan developed the Ryan Stormscope, which gave airplane pilots the ability to more effectively track weather. He later sold this innovation to the 3M Corporation and in 1981 founded Ryan International Corp., a company that further improved air-travel safety. At Ryan, he developed the Traffic Advisory System that gives pilots a chance to see air traffic within a 50-mile radius.

Ryan holds 11 patents of his work and has received many awards for his contributions to aircraft flight safety, including the IR-100 award and the Paul Tissandier International Award presented in Paris. In 2012, he was named as one of the 100 Buckeyes You Should Know and received the Benjamin G. Lamme Meritorious Achievement Medal in 2010, the highest honor presented by The Ohio State University College of Engineering.

The IEEE is the world’s leading professional association for advancing technology for humanity. Through its 400,000 members in 160 countries, the IEEE is a leading authority on a wide variety of areas ranging from aerospace systems, computers and telecommunications to biomedical engineering, electric power and consumer electronics.
Category: Alumni