At Ohio State, we develop new technologies that create jobs and help businesses stimulate the economy. Education and industry partnerships have guided student instruction and faculty research for years. Today, the situation is no different—more than a century of experience provides lessons that the college applies to define success in such collaborations. 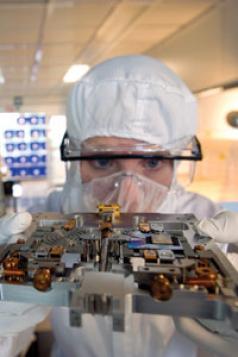 Ohio State is ranked second in the nation among all universities and colleges in industry-financed research expenditures, with nearly half of that research conducted in the College of Engineering. And we’re constantly searching for new and better ways to partner with industries from within Ohio and around the world.

Ohio State College of Engineering researchers have helped Honda of America Manufacturing reduce lost work-time-related injuries by more than 80 percent, and seven major improvements on the 2008 Honda Accord emanated from the Honda-Ohio State collaboration. Ohio State researchers have worked with Honda to develop the intelligent paint booth, a control system that reduces by 25 percent the energy consumption in conditioning the air in paint booths, which consume more energy in an automotive production plant than any other production system.

More than 112 engineers with Ohio State degrees are employeed by Honda Research of America (HRA). Each year, more than 55 Ohio State student co-ops work for Honda.

The Ohio State College of Engineering is one of three founding members of GE Aviation's University Strategic Alliance Program and its most important university strategic partner. Our researchers have made improvements in fan rub dynamics and turbine heat transfer that have contributed to improved efficiency performance and CO2 emissions for future GEA engines. The first engines with this improved technology will power the new Boeing 787.

Since 2000, more than 135 GE engineers have received their graduate degrees (MS and PhDs) from Ohio State.